watch 02:45
Wiki Targeted (Games)
Do you like this video?
Play Sound

"The stories say The Claws Beneath returns here only once every six winters."
―Umnak

The Claws Beneath is an errand in Horizon Zero Dawn: The Frozen Wilds.

After completing For the Werak, Aloy will begin to overhear rumors that a revered Banuk hunter, Umnak, has surfaced in the Cut in pursuit of a feared machine known only as "The Claws Beneath." Aloy can find Umnak in Longnotch, where he will call out to her and indicate that he has need of her well-known hunting skill.

Initiating this errand can be done by talking to Umnak before or after the target machine is killed. If the latter is done, starting the errand will also instantly mark it as done.

Umnak will explain that the Claws Beneath is a Daemonic Rockbreaker that makes it's home by the northeastern-most Control Tower, in an isolated clearing. Aloy must venture to this area by climbing through a narrow passage and defeat the machine. 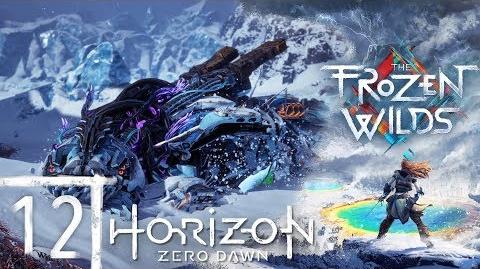 The Claws Beneath - The Frozen Wilds Episode 12 - Let's Play Horizon Zero Dawn -BLIND-
Add a photo to this gallery
Retrieved from "https://horizon.fandom.com/wiki/The_Claws_Beneath_(Errand)?oldid=48015"
Community content is available under CC-BY-SA unless otherwise noted.